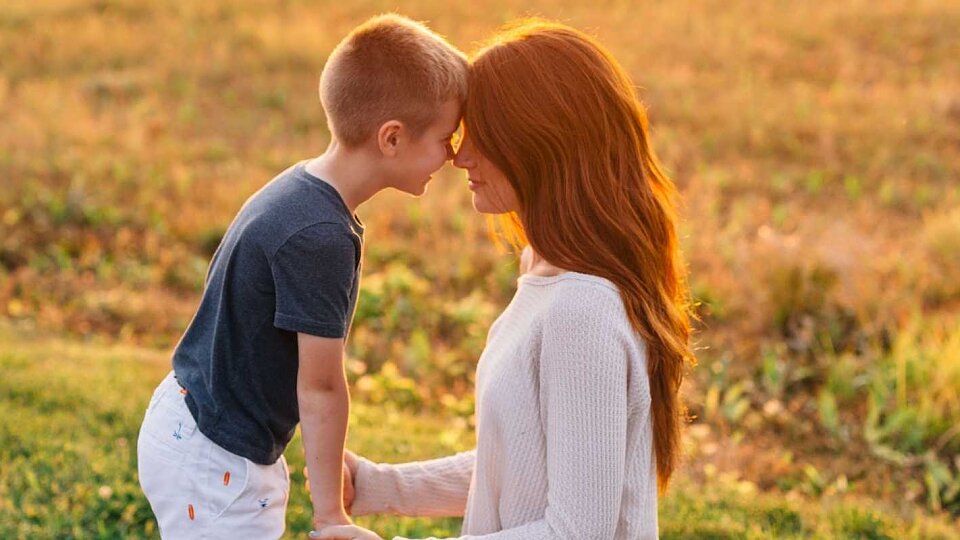 I could tell by the sound of his backpack hitting the bench in the back hall that something was not right. My youngest humphed down the hall and into the pantry, which was his typical stopping point, but nothing about his snack hunt was normal. It was obvious that some bottled-up emotions were about to come exploding out in one way or another. He sat down at our counter, and behind his glasses, I could see that his fight to hold back tears was coming to its final round.

My momma heart broke into a million pieces as he poured out a story about who the world said he was. A few unkind words uttered to him carelessly by a friend had begun to play on repeat in between clever Minecraft plans and rowdy playground games, and their resounding weight was now too much for this young one to carry. I held him until the tears slowed (fighting back tears of my own), frustrated that even the carefree, big-hearted, freckled ones do not escape the effects of sin-stained words. I sat back looking deep into his eyes.

I wanted to call the offender’s momma and demand an apology for the hurtful words that were weighing on my son. It took all that was within me not to shout out all of the reasons this child was wrong (and maybe a few other choice thoughts I had). I wanted to list the countless God-given gifts that I saw ready to burst forth from within my son and how foolish someone else was who couldn’t see them. And while this may have made me feel better, at least for the moment, I knew that this was not what he needed.

What he needed was a weapon. Something to help him fight the battles out there in the world. Battles that will come again and again in every way, shape, and form. They come ranging in the form of unkind words, jealousy, and doubts whispered deep from within. They form sneak attacks from buried offenses, bitterness, and unforgiveness. Battles that are not of flesh and blood, but against principalities, against powers, against rulers of the darkness of this world, against spiritual wickedness in high places (Ephesians 6:12). Battles that he will have to face every single day.

“Do you think what he said was true?”

He wiped his tear-stained cheeks and whispered, “No.”

“Tell me,” I said hoping that every time the world brought him to this place of defeat he would remember to ask himself this question, “What is truth?”

“You are exactly right.”

He added bolder this time, “That He has made us more than conquerors (Romans 8:37).”

I squeezed him tightly hoping he too felt the sweet song of victory that is given to us in God’s Word- His promises to us.

“For the word of God is alive and active. Sharper than any double-edged sword, it penetrates even to dividing soul and spirit, joints and marrow; it judges the thoughts and attitudes of the heart” (Hebrews 4:12).