On January 9th, Judy Episcopo passed the role of Women’s Ministry Director to Tera Lind in a ceremony that honored Judy and celebrated Tera’s new position.

During the ceremony, Judy beautifully expressed gratitude to God for our church leadership supporting Women’s Ministries, volunteers that are passionate about our vision, and providing Tera as a leader.

As Judy officially passed the baton, she had the following to say:

In looking over the last 25 years of Women’s Ministry, my first emotion is one of gratitude.

Thank you first to church leadership who support and encourage Women’s Ministries. We are provided with resources and respect. Women make up at least half the congregation, and providing a staff position to care for these women more intimately and represent their needs in the greater church body makes sense. However, what we have done at Alliance is not always seen as necessary or made a priority in most churches.

Our ministry has an incredible amount of volunteers who freely and generously put feet to the ministry. Volunteers take the ideas and dreams and make them a reality. They are the face of Women’s Ministry. They are the first touch, the first responders to the women of our church seeking God. Because of this, I am so grateful for them. For you. 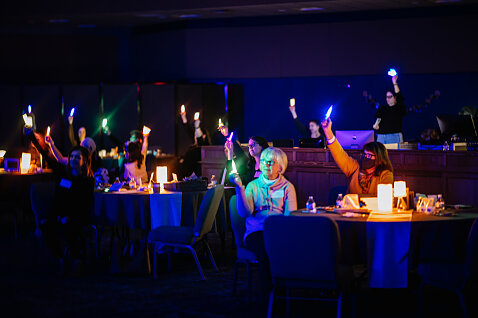 Finally and most importantly, this is about what God has done in the last 25 years. Yes, He used me, He used us, but I consider myself an ordinary woman who knows an extraordinary God. Ultimately, He made whatever success and transformation possible in this ministry. It has always been my goal to be authentic, let people be able to see who I am and that I struggle with the human condition as well as anyone else.. and then say, “wow, If Jesus Christ could do that for Judy, he will surely do amazing things in my life too.”

I received the ministry baton from Lavonne Komlos. When Dennis and I came to Appleton Alliance Church in 1997, she was Women’s Director, but she felt drawn to Seniors Ministry and counseling. Dennis then called me and asked me to take the baton from her only two weeks after moving to Appleton! I received it with enthusiasm and a bit of fear!

From the first day I was hired, I looked to find my replacement. I was only supposed to do this for a couple of months, a year at the most. It’s not that I didn’t care about the ministry and the women. It’s not that I didn’t think I was called to ministry. But I did struggle with what my role was supposed to be in ministry. I believed I was temporary in this position and that my responsibility was to find the right person who would be called long term.

The months turned into years. And a decade or two. Not for lack of trying! However, every time I worked with a woman (someone I would mentor and train to potentially be my replacement), God would clearly move them away (literally!), and here I remained. 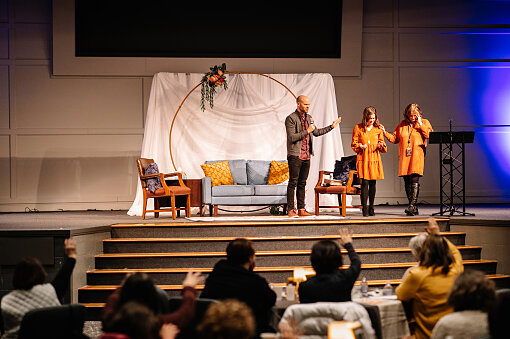 Then, 10 years ago, we needed an Adult Ministry Admin. A fairly new and young believer called Tera (Rodgers at the time) almost randomly interviewed for the position, and even though she kept protesting that perhaps administration was not one of her strong suits, Pastor Brian Dainsberg and I were convinced that we were meant to hire her!

The weird thing (at least for me) was that I had already “known” her! She was the same age as my son Brian (they were in high school together), and she did NOT have a good reputation with me. She was one of those girls who I warned my son and my daughter to stay away from. Yes, for real. I even remember my daughter Christina coming home one day from high school telling me she had Tera in her math class. “Stay away from her, Christina…” I said.

But there she was, being interviewed by me for a very important admin position. Something amazing and transformative happened in her life. Unbeknownst to me, while I was judging her “back in the day”, God was taking her through the “school of hard knocks”. She “graduated” with great wisdom, humility, compassion, faith, and courage to help others.

Over the next 10 years, Tera went from Admin to Adult Ministry Assistant to my assistant and heir apparent. Truly, I have been holding my breath over the last 10 years. Early on I was afraid to discuss her in my role, because I worried God would move her away. Actually, there were times she tried to move away, but praise God He didn’t let her go! 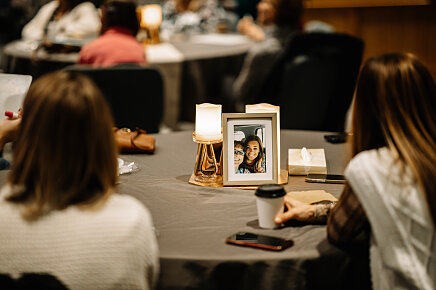 I have 3 things I want to pass on to you, Tera. I want to clarify that this is not really the passing of the baton, but rather, it is the passing of the Tiara. You are now Women’s Ministry Director. You’re the “boss”.  As Paul told Timothy, “Pursue righteousness and a godly life, along with faith, love, perseverance and gentleness.” You will be a true warrior princess in God’s Kingdom (I Timothy 6:11)!

Second, I pass on to you my big bottle of Advil. Just as a (useful) reminder that it isn’t all glory and glamor. Paul told Timothy to “fight the good fight for true faith. Hold tightly to the eternal life to which God has called you, which you have declared so well before many witnesses” (1 Timothy 6:12).

And most importantly, here is my ministry Bible. “And I charge you before God, who gives life to all, and before Christ Jesus that you obey his Word without wavering. Then no one can find fault with you” (1 Timothy 6:13). Teach the women that their trust should be in God who richly gives us all we need. Tera, guard what God has entrusted to you.

Two things I did learn over the last 25 years is that I truly am temporary, and so are you. Tera, this is not a position you will be in forever. It is not ours to cling to. Rather, we are to cling to God. In light of this, I charge you with the responsibility of seeking and mentoring your eventual replacement.

Finally, what God called me to do in Women’s Ministry was not what God had called Lavonne Komlos to do. He wanted to do something different with me and through me. I know God wants to do something different through you, Tera. Don’t try to be me or do what I did. Be bold, and have a holy confidence that God will do amazing and different things through you just as he did with me and just as he wants to do with all of us together.

May God’s grace be with you all. It’s been a privilege. 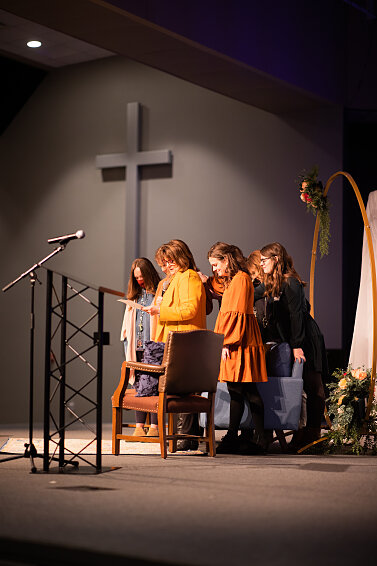